The Paris Motor show will finish tomorrow so you better get down there fast if you want to see the bike we created specially for the show to go with the Exalt concept car which was also seen for the first time in Paris in its new finish.
The AE21 has been on sale for a few months now and sales seem to be very promising.
For the show we took the standard production and bike and trimmed the rear of the frame with the same 'sharkskin' finish as the car, while  the aluminium plaques that hold the bag were refinished with a very special affect which involves depositing a layer of aluminium on the surface and allows us to leave a the name of the bike as the raw, polished surface of the plaques. 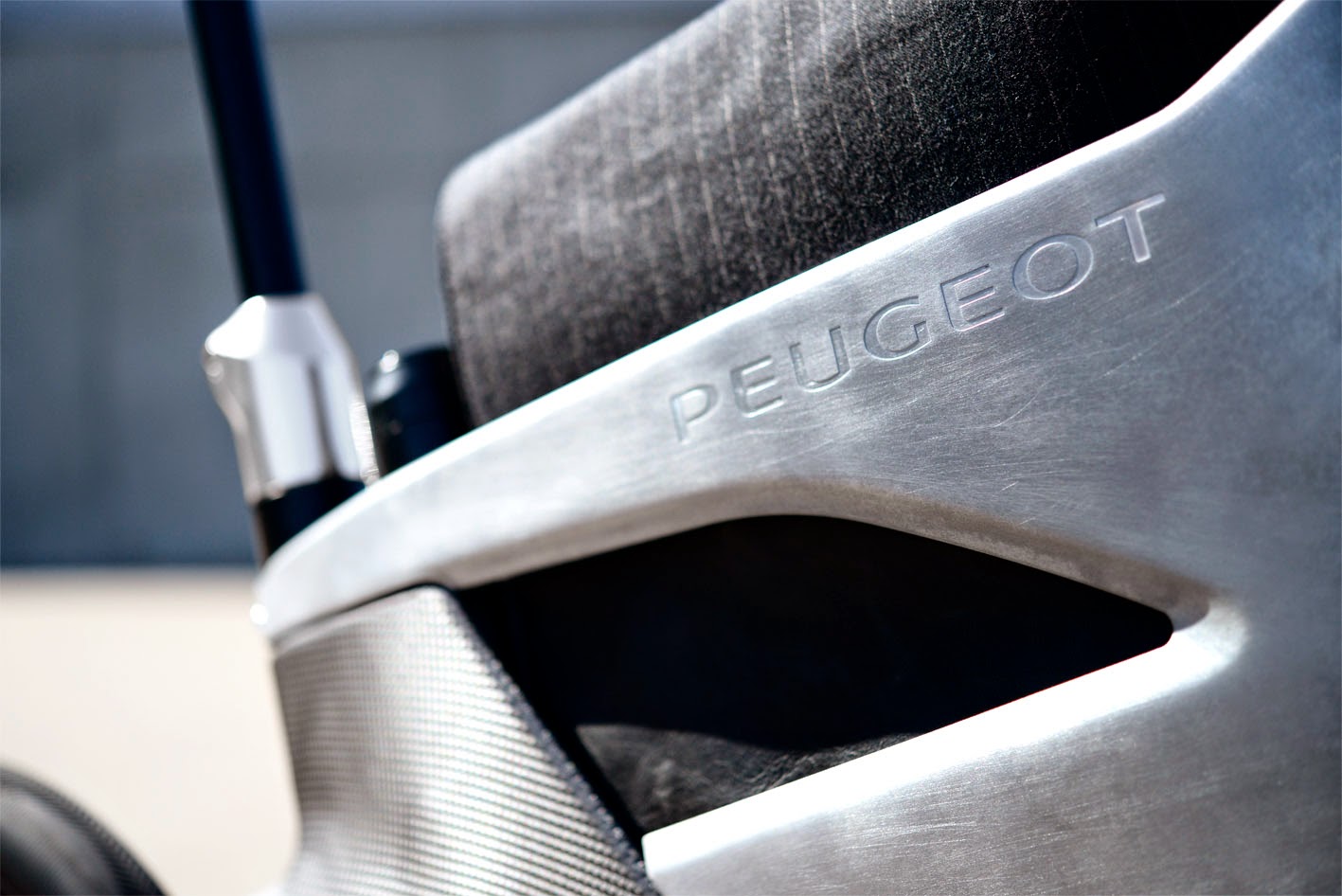 For the bag itself, we simply re-trimmed it the same aged leather and pinstripe fabric as the car. The bike is displayed on the stand next to the car, an electric scooter and the Onyx sofa. 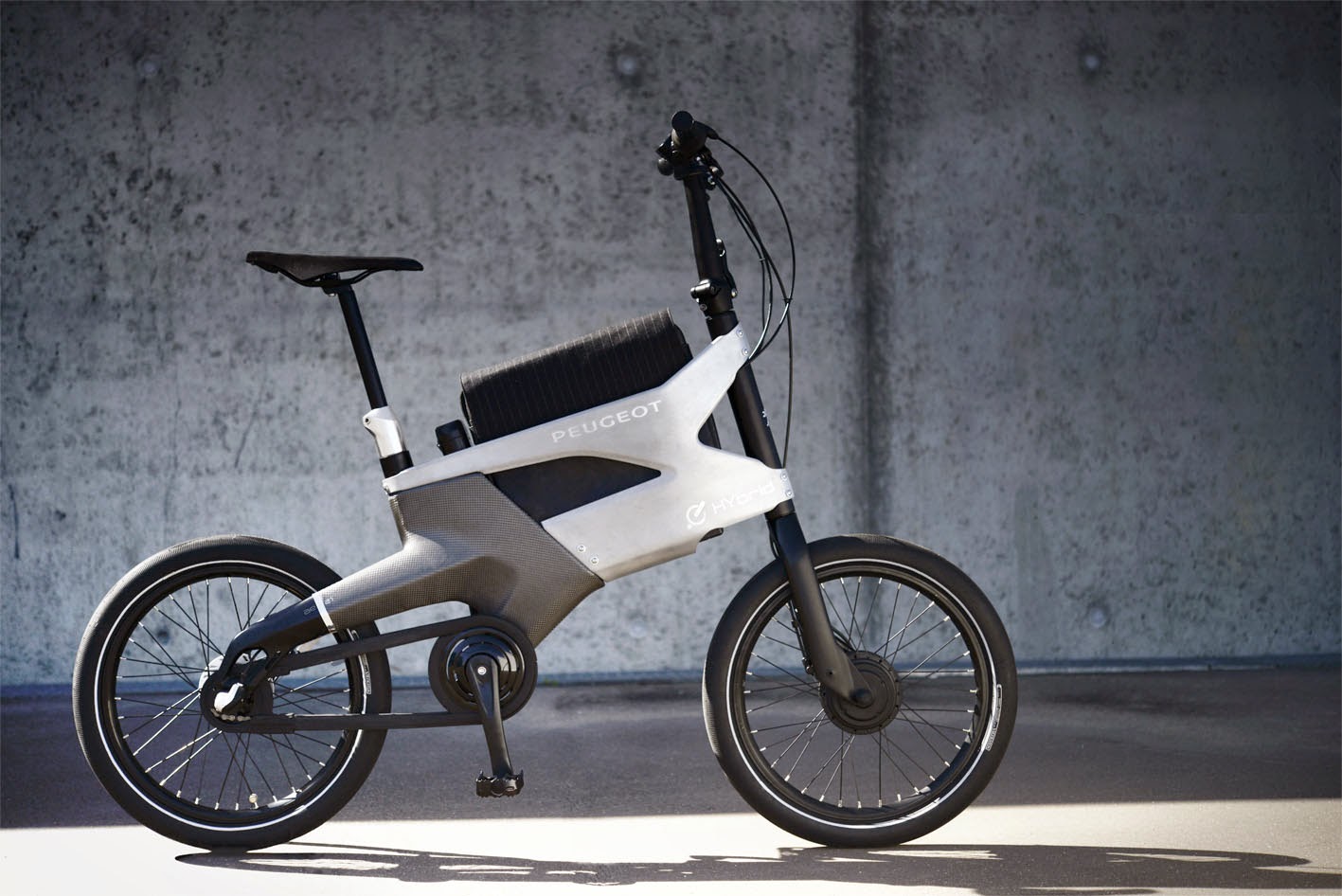 Luckily it was a beautiful day when we took these pictures on the Peugeot roof terrace a few days before the show.