In 1978, along came Peugeot who had bought Chryslers european business. Initially the Simcas were rebadged as Talbots and were produced at Poissy until the mid 1980s. Peugeot continued the Simca brand until 1980 and still owns the name. Peugeot had intended to run with three brands, with Citroen and Talbot being produced on the same platforms as Peugeots in order to keep down costs but the Talbot brand never really caught on and in 1986 the last of the line was made.
Attempts were made to continue the brand and a replacement to the Horizon was designed, but after initially being postponed it eventually saw light of day as the new Peugeot 309.
More importantly (?!) it is clear that the cycling club kept going and became the Talbot Poissy team, seen here in another classic late 70s early 80s jersey. 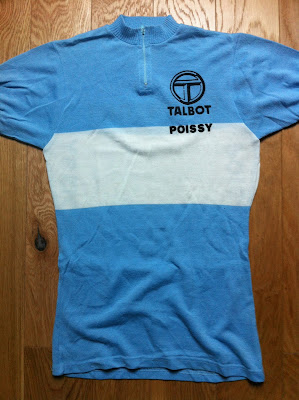 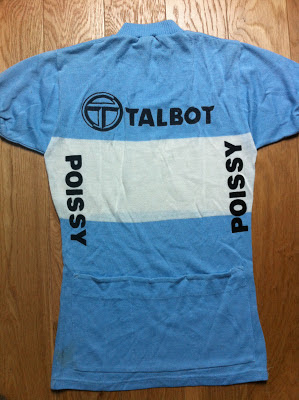